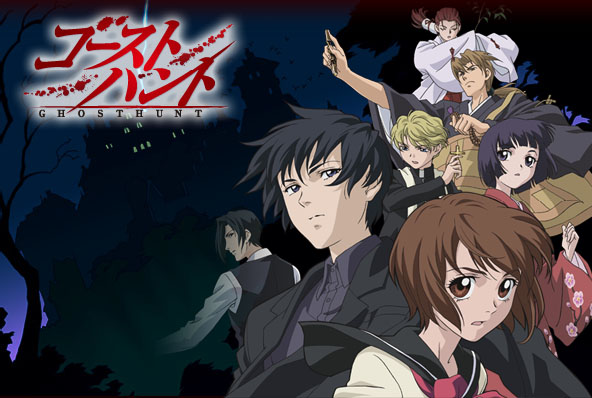 Thanks to Sally Harrison for this Review of Ghost Hunt 🙂

Sixteen year old Mai Taniyama loves to tell ghost stories with her friends after school. But one day a mysterious boy named Kazuya “Naru” Shibuya of Shibuya Psychic Research (or SPR for short) turns up at her school, hired by the school’s principle to investigate some suspicious phenomenon plaguing the abandoned school house. Mai’s curiosity gets the better of her when she goes to investigate the old school house causing an accident leading to Kazuya’s assistant Lin, to get injured. As a result, Kazuya talks her into taking his place until he recovers. Later it becomes apparent that the principle has hired more than one investigator. Takigawa, an easy going Buddhist monk. Ayako, a spoilt shrine maiden. John, an Australian catholic priest and Masako the TV celebrity medium. All of them at odds about what is causing the disturbances, and each take turns in exorcising the spirits to no avail. Only working together and putting their talents to the test are they able to solve the mystery.

The series itself runs in arcs or rather, cases. Each case spans across two to four episodes. Each one, a new and tantalising tale of spiritual spectacles, horrific hauntings, blood-curdling curses, and even monstrous murders.

Personal notes: Don’t let the fact that this is under the shojo genre put you off. It’s nothing like what you would expect from a shojo title. The characters and their relationships grow and change as the show progresses, which for me is the best aspect of this series. To me this is the sort of show that Joss Whedon wished he came up with first. But don’t get too used to the cheery atmosphere…it does become genuinely chilling when the paranormal goodness comes into play. Beautifully contracting themes and like all other spookies, best watched in the dark…alone. 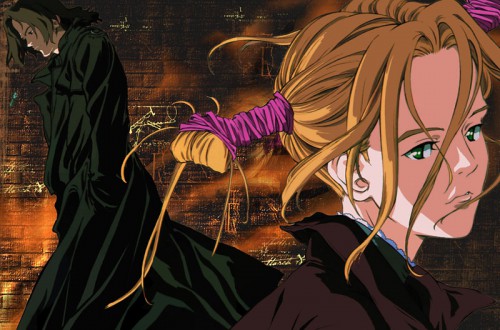 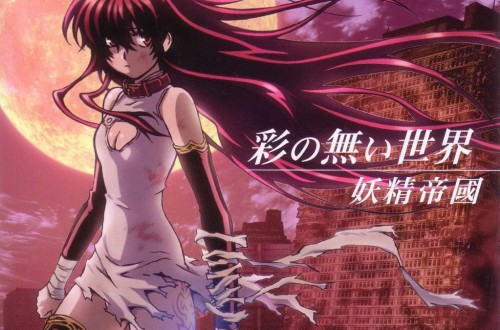