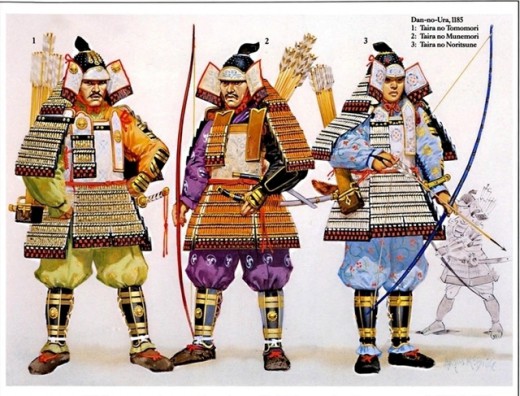 Ladies and gentleman… I have been given some important information regarding the house names for this years Tokonatsu.

As some of you know from last years change to how houses teams are now organised that you will remain in the same houses that you have been in from the previous year.

So if you where in Red house, Blue house, Green house, Orange house you will be in the house that has that colour this year also.

So onto the houses…

Before the current age of Warring States, another era of conflict ravaged the land,
the Heian Period. A period of many wars and conflicts between powerful families.

Though these conflicts and clans are long since passed, they are far from forgotten.
One could say they are glorified to the point of generals being considered nearly gods,
and tales of the bloody battles considered to be great legends with supernatural twists.

Even to this day, many clans claim lineage to these families as to glorify their name, 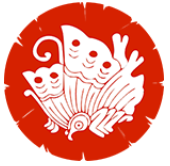 In reference to Japanese history, along with Minamoto, Taira was a hereditary clan name bestowed by the emperors of the Heian period to certain ex-members of the imperial family when they became subjects. The Taira clan is often referred to as Heishi (平氏?, “Taira clan”) or Heike (平家?, “House of Taira”), using the character’s Chinese reading hei.

Offshoots of the imperial dynasty, some grandsons of Emperor Kanmu were first given the name Taira in 825 or later. Afterwards, descendants of Emperor Ninmyō, Emperor Montoku, and Emperor Kōkō were also given the surname. The specific hereditary lines from these emperors are referred to by the emperor’s posthumous name followed by Heishi, e.g. Kanmu Heishi.

The Taira were one of the four important clans that dominated Japanese politics during the Heian period (794–1185) – the others were the Fujiwara clan, the Tachibana clan and the Minamoto clan.

The Kanmu Heishi line, founded in 889 by Taira no Takamochi (a great-grandson of the 50th Kanmu tennō, reigned 781–806), proved to be the strongest and most dominant line during the late Heian period with Taira no Kiyomori eventually forming the first samurai-dominated government in the history of Japan. A great-grandson of Heishi Takamochi, Taira no Korihira, moved to Ise Province (now part of Mie Prefecture) and established a major daimyo dynasty.

Masamori’s son, Taira no Tadamori, became a loyal supporter of the abdicated Emperor Shirakawa, which enabled the Taira fortunes to grow. Taira no Kiyomori, son and heir of Tadamori, rose to the position of daijō daijin (great minister of state) following his victories in the Hōgen Disturbance (1156) and the Heiji Rebellion (1160). Kiyomori managed to enthrone his infant grandson as Emperor Antoku in 1180, an act which led to the Genpei War (1180–85), the Taira-Minamoto War. Kiyomori’s sons, the last of the head family of the Kammu Heishi line, were eventually defeated by the 6 armies of Minamoto no Yoritomo at the Battle of Dan-no-ura, the last battle of the Genpei War.[1] This story is told in the early Japanese epic, The Tale of the Heike (Heike Monogatari).

This Kammu Heishi had many branch families, including the Hōjō, Chiba, Miura, Tajiri and Hatakeyama.

Another Kammu Heishi: Takamune-ō (804–867), the eldest son of Kazurahara-Shinnō (786–853) and a grandson of Emperor Kammu, received the kabane of Taira no Ason in 825. Thus there were two Kammu Heishi families, one descended from Takamune and the other from his nephew, Takamochi (son of Prince Takami). 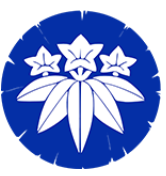 Minamoto clan (源氏? Minamoto-shi) was one of the surnames bestowed by the Emperors of Japan upon members of the imperial family who were demoted into the ranks of the nobility. The practice was most prevalent during the Heian Period (AD 794–1185), although its last occurrence was during the Sengoku Era. The Taira were another such offshoot of the imperial dynasty. The Minamoto clan is also called the Genji (源氏?), using the Sino–Japanese pronunciation of the Chinese characters for Minamoto (gen, from Middle Chinese ngüon) and family (ji, from MC dʒje).

The Minamoto were one of four great clans that dominated Japanese politics during the Heian period — the other three were the Fujiwara, the Taira, and the Tachibana.

The first emperor to grant the surname Minamoto was Emperor Saga, who reportedly had 49 children, resulting in a significant financial burden on the imperial household. In order to alleviate some of the pressure of supporting his unusually large family, he made many of his sons and daughters nobles instead of royals. He chose the word minamoto (meaning “origin”) for their new surname in order to signify that the new clan shared the same origins as the royal family. Afterwards, Emperor Seiwa, Emperor Murakami, Emperor Uda, and Emperor Daigo, among others, also gave their sons or daughters the name Minamoto. These specific hereditary lines coming from different emperors developed into specific clans referred to by the emperor’s name followed by Genji, e.g. Seiwa Genji. According to some sources, the first to be given the name Minamoto was Minamoto no Makoto, seventh son of Emperor Saga.[1]

In 814, Emperor Saga (reigned 809–823) awarded the kabane Minamoto no Ason to his non-heir sons; thereafter, they and their descendants ceased to be members of the Imperial Family. Several subsequent emperors gave the Minamoto surname to their non-heir sons.

The most prominent of the several Minamoto families, the Seiwa Genji, descended from Minamoto no Tsunemoto (897–961), a grandson of the 56th Emperor Seiwa. Tsunemoto went to the provinces and became the founder of a major warrior dynasty. Minamoto no Mitsunaka (912–997) formed an alliance with their Fujiwara masters. Thereafter the Fujiwara frequently called upon the Minamoto to restore order in the capital, Heian-Kyo (or Kyoto.)[2]:240–241

The Seiwa Genji’s fortunes declined in the Hōgen Rebellion (1156), when the Taira executed much of the line, including Minamoto no Tameyoshi. During the Heiji Disturbance (1160), the head of the Seiwa Genji clan, Minamoto no Yoshitomo, died in battle.[2]:256–258 Taira no Kiyomori seized power in Kyoto by forging an alliance with the retired emperors Shirakawa and Toba and infiltrating the kuge. He sent Minamoto no Yoritomo (1147–1199), the third son of Minamoto no Yoshimoto of the Seiwa Genji, into exile. In 1180 Yoritomo mounted a full-scale rebellion against the Taira rule (the Genpei or the Taira-Minamoto War), culminating in the destruction of the Taira and the subjugation of eastern Japan within five years. In 1192 he received the title shogun and set up the first bakufu at Kamakura.[2]:275,259–260, 289–305,331

Thus the Seiwa Genji line proved to be the most strong and dominant Minamoto line during the late Heian period with Minamoto no Yoritomo eventually forming the Kamakura Shogunate and becoming shogun in 1192. Also, it’s from the Seiwa Genji line that the later Ashikaga (founders of the Ashikaga shogunate), Nitta, and Takeda clans come.

The protagonist of the classical Japanese novel The Tale of Genji, Hikaru no Genji, was bestowed the name Minamoto for political reasons by his father the emperor and was delegated to civilian life and a career as an imperial officer.

The Genpei War is also the subject of the early Japanese epic The Tale of the Heike (Heike Monogatari). 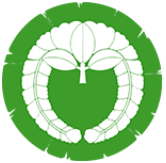 Fujiwara clan (藤原氏? Fujiwara-uji or Fujiwara-shi), descending from the Nakatomi clan and through them Ame-no-Koyane-no-Mikoto, was a powerful family of regents in Japan.[1]

The clan originated when the founder, Nakatomi no Kamatari (614–669), was rewarded by Emperor Tenji with the honorific “Fujiwara”, which evolved as a surname for Kamatari and his descendants.[2] In time, Fujiwara became known as a clan name.[3]

The Fujiwara dominated the Japanese politics of Heian period (794–1185) through the monopoly of regent positions, sesshō and kampaku.[4] The family’s primary strategy for central influence was through the marrying of Fujiwara daughters to emperors. Through this, the Fujiwara would gain influence over the next emperor who would, according to family tradition of that time, be raised in the household of his mother’s side and owe loyalty to his grandfather.[5] As abdicated Emperors took over power by exercising insei (院政, cloistered rule) at the end of 11th century, then followed by the rise of warrior class, the Fujiwara gradually lost its control over mainstream politics.

Beyond the 12th century, they continued to monopolize the titles of sesshō and kampaku for much of the time until the system was abolished in the Meiji era. Though their influence declined, the clan remained close advisors to the succeeding Emperors. 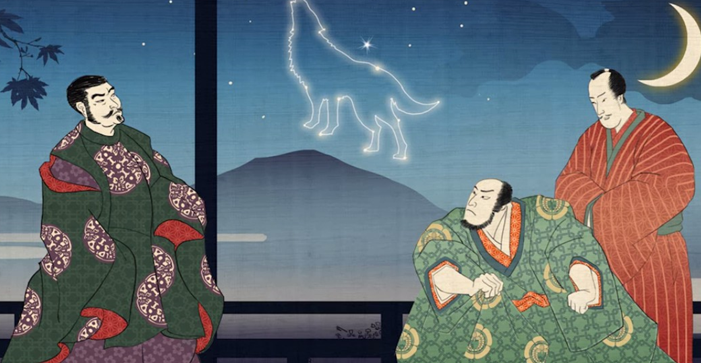 The Fujiwara clan’s political influence was initiated during the Asuka period. Nakatomi no Kamatari, a member of the lower-nobility Nakatomi family led a coup against the Soga in 645 and initiated a series of sweeping government reforms that would be known as the Taika Reform. In 668 Emperor Tenji (reigned 668–671), bestowed the kabane Fujiwara no Ason (藤原朝臣?) on Kamatari. The surname passed to the descendants of Fujiwara no Fuhito (659–720), the second son and heir of Kamatari, who was prominent at the court of several emperors and empresses during the early Nara period. He made his daughter Miyako a concubine of Emperor Monmu. Her son, Prince Obito became Emperor Shōmu. Fuhito succeeded in making another of his daughters, Kōmyōshi, the empress consort of Emperor Shōmu. She was the first empress (like Empress Wu in China) consort of Japan who was not a daughter of the imperial family itself. Fuhito had four sons; and each of them became the progenitor of a cadet branch of the clan:

Among them, the Hokke came to be considered as the leaders of the entire clan. 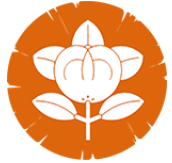 Tachibana clan (橘氏? Tachibana-shi) was one of the four most powerful kuge (court nobility) families in Japan’s Nara and early Heian periods. Members of the Tachibana family often held high court posts within the Daijō-kan (Ministry of State), most frequently Sadaijin (Minister of the Left). Like the other major families at court, they also constantly sought to increase and secure their power by marrying into the imperial family. However, as the Fujiwara clan gained power over the course of the 9th and 10th centuries, the Tachibana were eclipsed and eventually became scattered across the country. Though serving in high government posts outside the capital, they were thus denied the degree of power and influence within the court at Kyoto (Heian-kyō) which they once enjoyed. They bore no direct relation to the samurai Tachibana clan (立花) from the 14th century, who traces their lineage to the Fujiwara clan.

The name of Tachibana was bestowed on Agata-no-Inukai no Michiyo by Empress Genmei in 708. She was the wife of Prince Minu, a descendant of Emperor Bidatsu and mothered Princes Katsuragi and Sai. She later married Fujiwara no Fuhito and bore Kōmyōshi (Empress Kōmyō). In 736, Princes Katsuragi and Sai were given the surname Tachibana, renouncing their imperial family membership. They became Tachibana no Moroe and Tachibana no Sai respectively.

Over the course of the Heian period, they engaged in countless struggles with the Fujiwara family for domination of court politics, and thus essentially for control of the nation; on a number of occasions this developed into outright violent conflict. One of these conflicts was the uprising of Fujiwara no Sumitomo in 939–941. Though the rebellion was ultimately suppressed, the Tachibana family was scattered in the process, and lost much of its power. 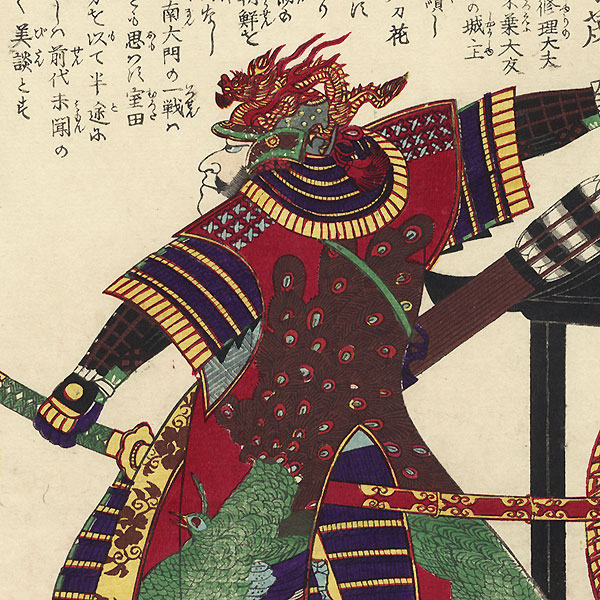 Tachibana no Kimiyori (877–941) was among those who pursued Sumitomo to Kyūshū; he settled there and established himself as an official representative of the court. He or his descendants likely gave their name to Tachibana castle, after which the later Tachibana clan of the 14th century onwards was named. Another branch family developed in Iyo Province, becoming known as the Iyo Tachibana family. Tachibana Tōyasu, who executed Fujiwara no Sumitomo, was the progenitor of this branch; Kusunoki Masashige, a celebrated pro-Imperial commander of the 14th century, claimed descent from Tōyasu.

But is this all we have to tell you?

For now.. but with any great clan there is danger always around the corner.

More on this later 🙂

So there you have the house names for this years Tokonatsu! 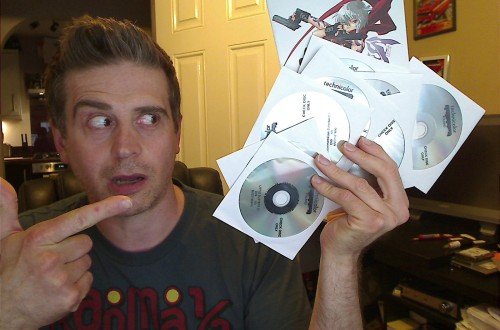 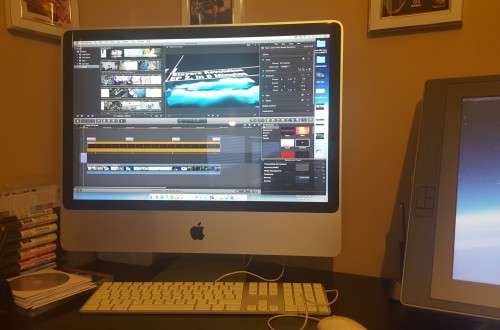 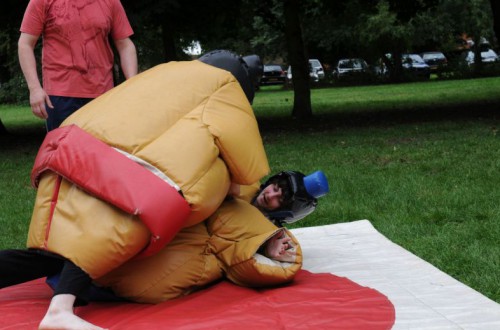