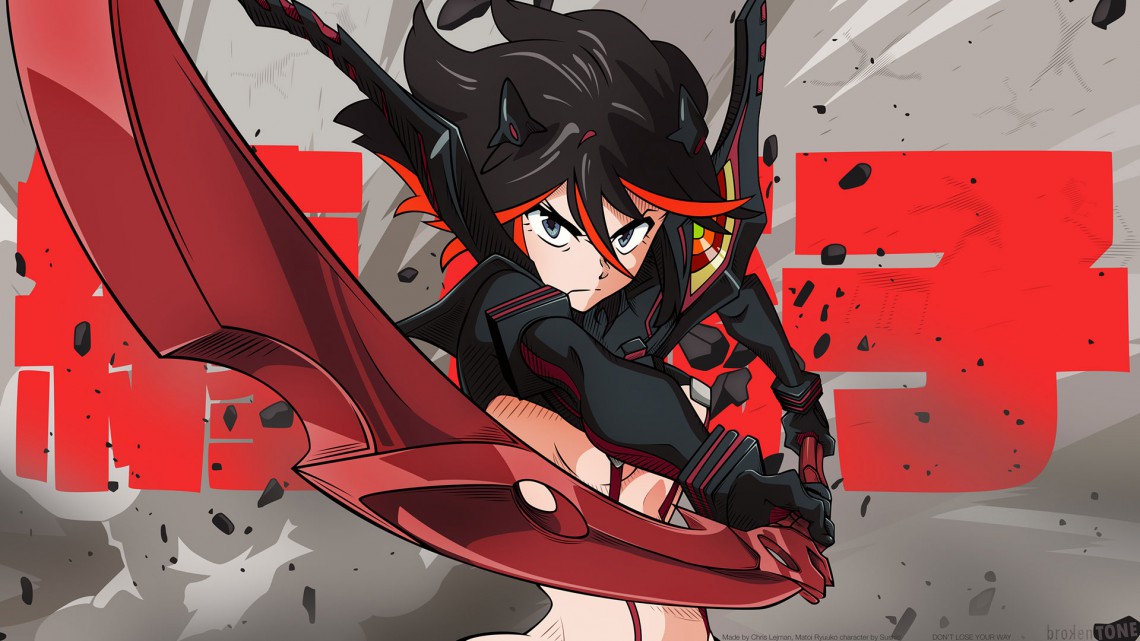 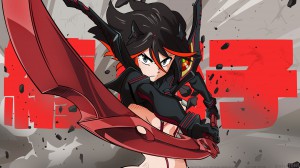 So, here we have one of the newer Anime, Season 1 appearing entirely on Netflix, and Season 2 in production. When going into Kill la Kill, you have to keep in mind that the budget wasn’t massive for this kind of thing, and it shows sometimes, but really, only sometimes. In fact, this is the company Trigger’s first original television Anime project, and directed written by the guys who worked on Gurren Lagann (coincidently, this will be my next review!), so they’ve done a good job, while bringing some great experience to the table.

The Art style I find reminding me of Anime from the late 80s through 90s, and so a sense of nostalgia set in as I settled down for my first episode. In fact, I was convinced for some time that it WAS an older Anime that I hadn’t heard of before I started seeing references in it that made me wonder otherwise, and then forced me to look it up, because things like that bug me till I do.

So first scene starts, in a school, as you do, with a teacher, in a class. That’s about the only normal thing that happens in this series, ever, as from that moment, you are kicked, head first, through a window, and out several stories into one of the fastest paced, craziest, but at the same time, one of the most brilliantly executed Anime that I have ever seen.

I’ve read elsewhere it’s like a fight Anime on speed, then sped up some more just for the hell of it, and I can’t really argue with this assessment. So a bit about the story if that didn’t compel you enough already.

It follows vagrant schoolgirl Ryuko Matoi on her search for her father’s killer, which brings her into violent conflict with Satsuki Kiryuin, the iron-fisted student council president of Honnouji Academy, whom is also heir to the world’s largest fashion Empire (actually stupidly relevant to the plot, but you find out more on that as the series progresses).

The school, and by extension the town, has been divided into multiple class systems. Your star ranking at school directly relates to your social status in the town, and your wealth, as the school provides housing for everyone living nearby. Now if that wasn’t incentive to do well at school, I don’t know what would be! Except that the Academy is basically run like a military, and you have to fight to hold on to your positions.

The Various star uniforms are all made from special fabric that lends massive enhancements to strength, stamina, endurance, agility, etc to the wearer, and in the higher tier suits, offer transformation that scale up this. To protagonist finds a similar outfit in the ruins of her father’s lab, but this one is different, this one is sentient, and drains vast quantities of the user’s blood to make it usable

Not only that, but the suits get skimpier the more powerful they get, REALLY playing on fan service in doing so. What I like about it though is that unlike a lot of other anime where they brush over it, Ryuko actually gets very embarrassed wearing the outfit, and she has her friends asking her if she’s a nudist, and why she’s wearing such things in public. There is a touch of innocence to the perversion that is different to other shows, but only a touch. It’s still perverted as hell.

That said, it hardly detracts from how awesome this anime is, with massive amounts of girl power flowing from it, and a quest for truth and freedom that is actually quite touching considering how flipping bonkers the entire thing is.

It also helps that I really like the opening and closing sequences too, which match the feel of the anime really well. It’s one of those intros that you don’t mind just letting play, and this is true of the second intro throughout the second arch of the first series, though to a lesser extent. I only say this as I feel though the music is as good, the visuals don’t flow as naturally as the first intro. Well, not until they get to the kick ass fight scene in the second half of the intro…I take it back, it’s as awesome, just different.

So in conclusion, I would highly recommend this series, keeping in mind that it is not one for kids, despite how silly it is. It will keep you wanting to watch more, with no boring parts, and even the recap episode is done REALLY well (it will make you laugh).

As always, I leave you with the opening intro! 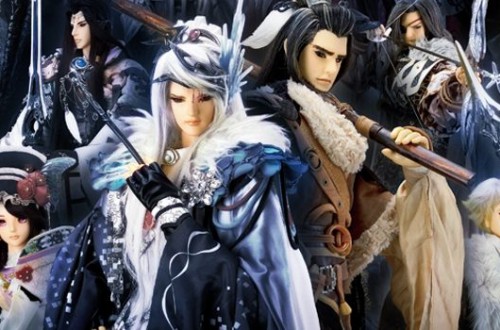 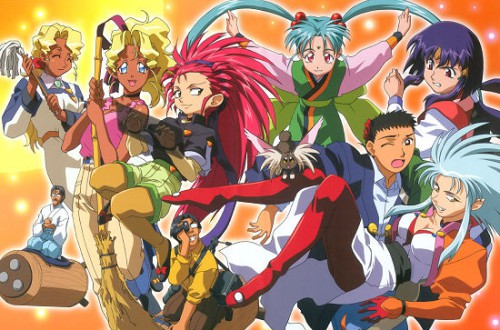 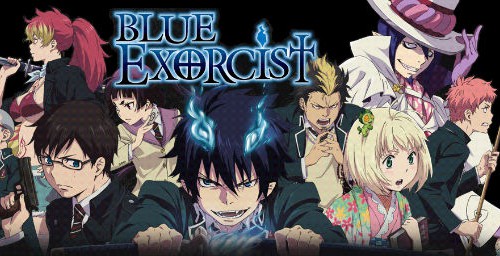